The Role of Fat and Muscles in Aesthetic Appearance

The majority of human body composition comprises of fat (approx. 25%) and muscle (42% male/36% female) tissues. Many procedures address subcutaneous fat which correlates with the overall body shape, and its reduction can deliver a slimmer look. The underlying muscles are however equally important as an increased muscle tone better defines the body contour by reducing the localized prolapse/laxity and adds to a healthier aesthetic appearance. 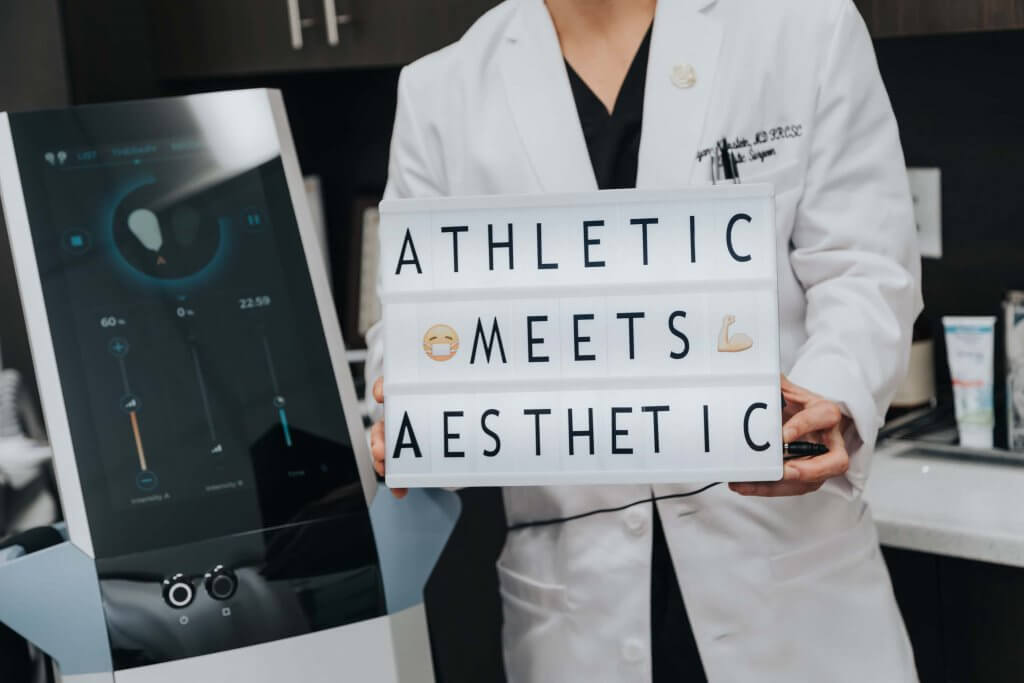 l muscle contractions. The rapidly changing magnetic field induces electric currents in the tissue where it depolarizes neural membranes and governs motor units in the target muscles, causing concentric contractions. The effects are highly selective; due to its physiological characteristics only motor neurons are activated, while other neurons or tissues are not responsive to the current, and therefore stay unaffected.

During normal voluntary muscle contractions, the muscle fibers relax between each nervous stimulus due to the central nervous system’s inability to signal another impulse while the previous one is still in action. Emsculpt generates impulses that are independent of brain function, and at such a rapid frequency that doesn’t allow such a relaxation phase. Under normal conditions, the highest amount of tension that could be developed and held physiologically is called maximal voluntary contraction (MVC). Usually, it lasts only for a split second. Contractions with a tension higher than MVC are defined as supramaximal. Emsculpt has the ability to generate supramaximal contractions and hold them for multiple seconds, which significantly increases the physiologic stress/workload needed to allow muscles to adapt.

The effects on muscle tissue When exposed to supramaximal contractions, the muscle tissue is forced to adapt to such extreme conditions and responds with a deep remodeling of its inner structure, i.e., the growth of myofibrils (muscle hypertrophy) and creation of new protein strands and muscle fibers (muscle hyperplasia). Increased muscle density and volume lead to a better definition and muscle tone.

The effects on fat tissue During physical activity, muscles need energy to  produce contractions. The energy is derived primarily from adenosine triphosphate (ATP) and secondarily from creatine phosphate and glycogen to fuel the muscles. When these are depleted, the body’s catabolic processes take place in the form of lipolysis – i.e. the breakdown of lipids (triglycerides) into free fatty acids (FFA) and glycerol. These released molecules usually act as an energy source for the needed muscle activity and body metabolism.

During an Emsculpt treatment, the muscles are contracted to supramaximal levels. Signals are sent to the brain that an extreme amount of energy is going to be needed to supply these contractions and the release of epinephrine is acutely increased. This results in an extreme catabolic reaction, and supramaximal lipolysis, which in turn brings about a dramatic release of FFA. When the amount of released FFA exceed normal levels, they start accumulating intracellularly in surrounding adipocytes and eventually lead to their dysfunction. This catabolic and supramaximal lipolysis effect occurs mostly in the area in close proximity to the actual contracting muscles, due to increased adipose tissue blood flow and paracrine substances released from the contracting muscles. This principle of cell apoptosis induced by overflow of  FFA has been previously observed and demonstrated in numerous research studies. 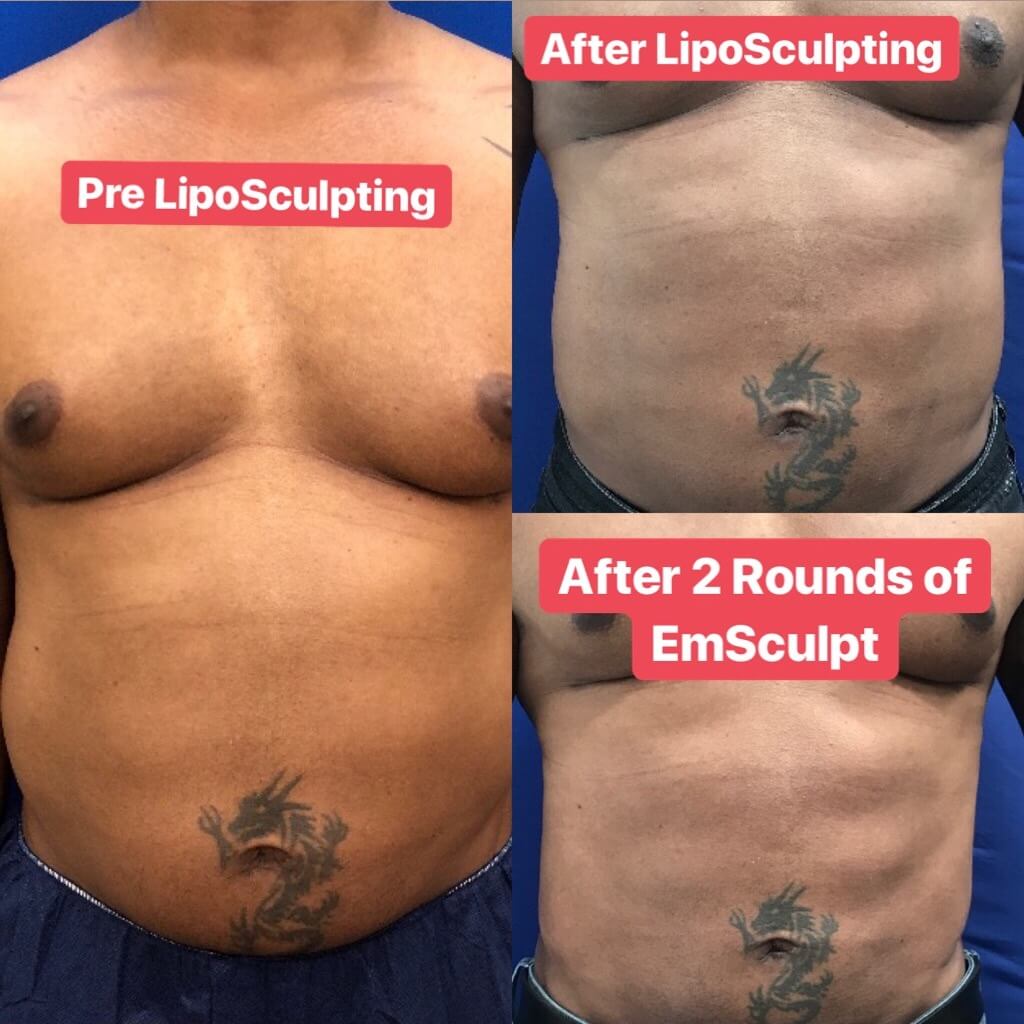 What a patient sees after a series of Emsculpt treatments is a significant growth of their muscles and a reduction of fat. This combination effect on both tissue layers delivers unique aesthetic improvement.